A Mission Enterprise Zone grant from The Episcopal Church is helping with the rebirth of St. Columba’s Episcopal Mission, in Pa’auilo, Hawai’i. 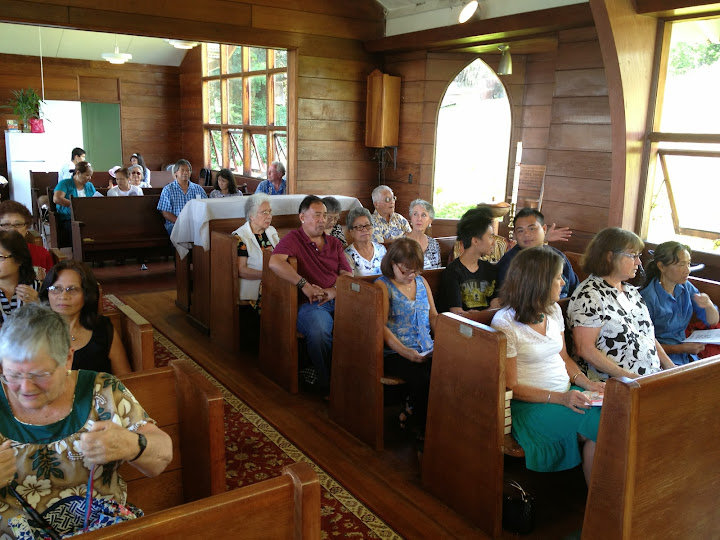 Established in 1898 to serve the owners, managers and workers of the Hamakua Sugar Company, by the 1970s St. Columba’s had become the Filipino Church on the Big island. After the last sugar cane on the Hamakua Coast was harvested in 1996, the mission struggled to keep its doors open. St. Columba’s became a Preaching Station of St. James’ Church, offering a monthly Eucharist for the 8-10 faithful remaining members.

In early 2013, St. James’ congregation asked the Rev. Tom Buechele to help the Rev. David Stout, Rector at St. James, “replant” St. Columba’s. Buechele had been serving as an interim priest at Big Island churches, and felt drawn to explore the mission possibility at St. Columba’s. With a missionary spirit and a great deal of demographic research, the replant got underway.Â  On Easter Sunday 2013, St. Columba’s was reborn. They are now using a Mission Enterprise Zone Grant in support of their efforts to attract the growing population along the Hamakua Coast, from Kukuihailae to Honokaa to Laupahoehoe. Members of St. James, Waimea, St. Jude, Ocean View, and St. Augustine, Kapaâ€™au helped with the initial replant efforts by making a commitment to walk alongside St. Columba’s Church.

Less than a year into the replant, Buechele moved to the mainland to retire. Without a priest on the island who could lead the church, the congregation turned to a Lay Missioner. Elizabeth Lewin had just completed 2 Â½ years of Clinical Pastoral Education (hospital chaplaincy residency). Stout knew Lewin from his tenure at St. Bartholomewâ€™s in New York City and after an interview, he extended a call. Lewin had long felt a call to the priesthood. The opportunity presented her with the chance to explore the local formation program. Stout says, “Elizabeth has been a great asset, greatly gifted in the areas of pastoral care and evangelism.” 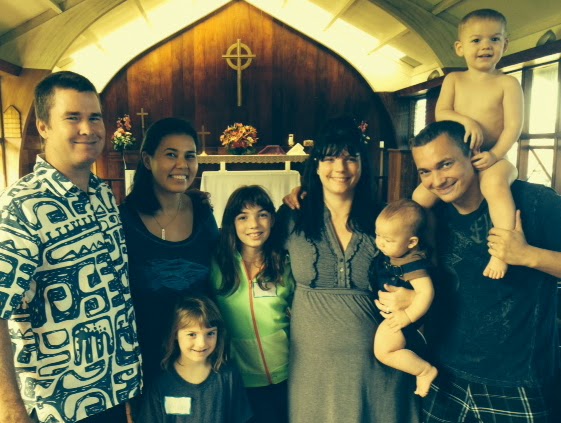 Stout notes that the challenge has been providing formation and supervision from a distance.Â  Elizabeth and Steve McPeek, the congregation’sÂ minister of music, having been raised up for ordination to priesthood, will now begin flying to Oahu once a month for classes and formation.Â  A new priest to the Island, the Rev. Diana Akiyama, has agreed to serve as Vicar-in-Charge for the next six months. Elizabeth will continue to live in the house on the St. Columbaâ€™s property while providing pastoral care and leading evangelism efforts and outreach to youth. 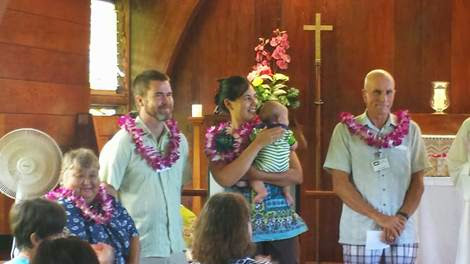 Throughout this time, the membership has been steadily growing. From December 2013 to December 2014, the Average Sunday Attendance (ASA) rose 86% from 23 to 43. Part of that growth has come through on-going attempts to reconnect with families who may have worshiped at St. Columbaâ€™s in the past. One way they have sought to do this was by offering a Homecoming Sunday, which brought 65 people to worship and, more importantly, rekindled the connection to history, culture, childhood memories, and life events. Many former members who had moved away after the Plantation shut down have begun coming back to St. Columbaâ€™s. They are reclaiming their childhood or ancestral spiritual home. 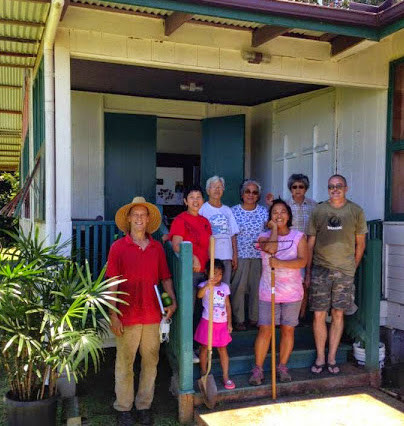 With the Plantation property being sold, new people are moving into the area and building homes. St. Columbaâ€™s is striving to reach out and attract these newcomers. Many of them are from the mainland or other islands. In their very rural part of the Big Island, a significant aspect of St. Columbaâ€™s ministry is providing a place of community and connection. The congregation is multi-denominational, multicultural, multi-generational and includes parishioners who are original families from the Plantation era, Filipino, Japanese, Hawaiâ€™ian and Haole (Caucasian). 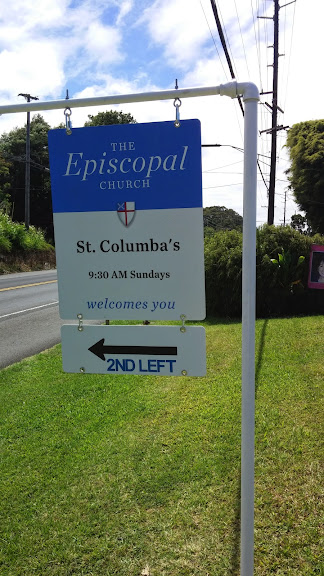 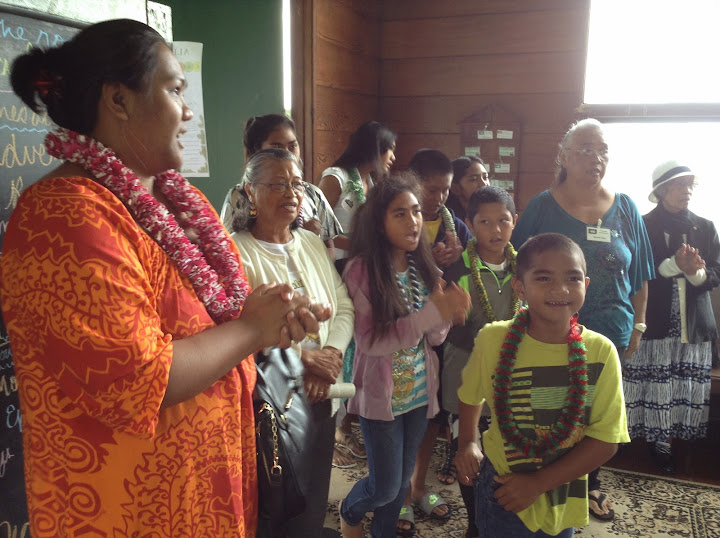 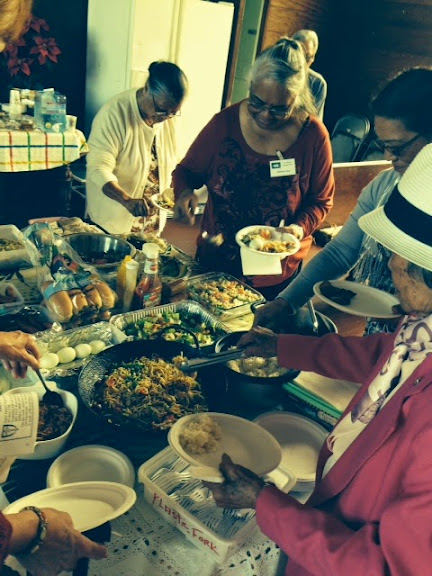 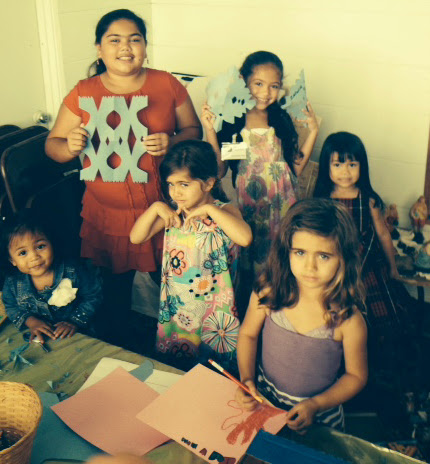 Lewin said, “Mission Grant funds and support is giving the church time and space for people in need of relationship with God. This is the beginning and God said ‘It is good!’â€ She added, “We are continually given a glimpse of what a thriving church can be â€“ with sounds of children, mothers/fathers with newborns, old members and new members getting to know each other, trusting that they are cared for and that this is a safe and a soft place to fall into the loving arms of our Lord Jesus Christ. A place to practice our spiritual muscles and building the foundation for a future.” 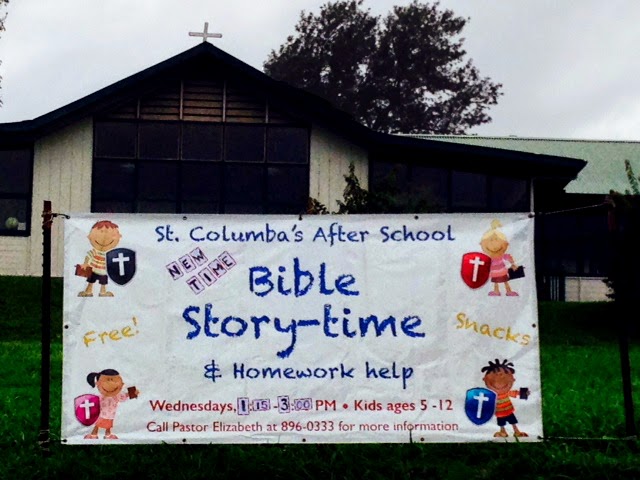