Since 1869, Christ Episcopal Church in Biddeford, Maine had lived into being the blue collar church it was created to be. For many years this meant being the parish church for mill workers who were primarily coming from England for work. After the mill closed, the church membership dwindled down as the local economy took a major hit.

This is not an uncommon story in the area. In Maine, one in every 8 people live below the poverty line and donâ€™t always have enough food to meet their familyâ€™s basic needs. Food insecurity is 43% higher than the average of other New England states and ranks 11th highest in the nation. In the Biddeford School System more than 50% of the children participate in the reduced or free lunch program.

By 2006, Christ Church could no longer afford its 3/4-time priest and in 2007 the congregation called the Rev. Shirley Bowen to be its half-time priest in charge. Bowen could see that as the community around the church was comprised of poor, working class families, growing the church attendance would not secure the congregation’s finances. But given its location, church members could also see the great needs in Biddeford. The church already hosted multiple community organizations in its parish hall and the 15 congregants felt that the church’s mission was to serve those in need. With its small endowment, the church could afford to once more reduce the time expectations on clergy and stay open for many more years. But the congregation decided to take a different path.

Bowen and the remaining church members charted a course that could result in the discontinuance of regular worship services in order to focus on the creation of what the church was to becomeâ€”The Seeds of Hope Neighborhood Center. To support this move, Christ Church applied in 2008 to the national Episcopal Churchâ€™s Jubilee Ministries office to become Maineâ€™s second Jubilee Ministry site. Jubilee Ministries offer “a ministry of joint discipleship in Christ with poor and oppressed people, wherever they are found, to meet basic human needs and to build a just society”. Together with the other center, Trinity Jubilee Center in Lewiston, they seek to partner with others in the community to aid their town, both of which are small towns with big city problems.

The new initiative opened a drop-in center in September 2008. The next month, the Diocese of Maine’s annual convention approved Seeds of Hope as a Jubilee Ministry Center. Providing support to the people of Biddeford, Maine and surrounding communities, Seeds of Hope offers a drop-in center that offers hospitality to any who show up at their doors. They seek “to offer hope for those who are struggling, care for those in need, advocacy for those who have been silenced, companionship for those who are alone, and compassionate love for all.” 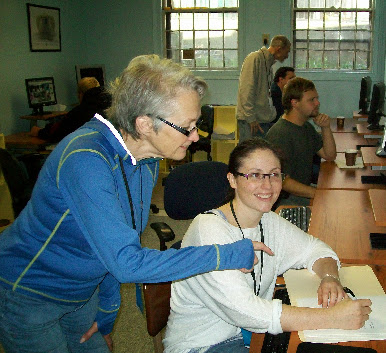 The center is now open 9 am to 1 pm, Tuesday through Friday and offers a continental breakfast and lunch, donated clothing, a career resource center which includes free internet use for job searches, a twice monthly In A Pinch program for necessary items not covered by Food Stamps, and occasional events with health education. The center is staffed by trained volunteers to facilitate the needs of those using the center. The volunteers offer a hospitality of presence with a cup of coffee, expanded continental breakfast/lunch and a warm comfortable space. Volunteers serve as a resource to neighbors who need anything from a sympathetic ear to accessing local forms of assistance. Seeds of Hope collaborates with other local health and human services organizations and churches to be sure our efforts are complimenting each other and better serving those who seek assistance.

One thought on “Seeds of Hope Neighborhood Center”