Acts 8 will be reporting in the coming months on the innovative work funded through The Episcopal Church’s Mission Enterprise Fund. The General Convention 2012â€™s Resolution A073 established â€œthe Mission Enterprise Fund, to be administered by a grants committee for that purpose established by the Executive Council, with $1 million for the 2013â€“2015 triennium.â€ The resolution also states that â€œDiocesan Standing Committees and Bishops partner to create â€˜Mission Enterprise Zones,â€™ defined as a geographic area, as a group of congregations or as an entire diocese committed to mission and evangelism that engages under-represented groups, including youth and young adults, people of color, poor and working-class people, people with a high-school diploma or less, and/or people with little or no church background or involvement.â€

The Rev. Thomas Brackett, Episcopal Church Missioner for New Church Starts and Missional Initiatives, is quick to noteÂ that the relationship begins rather than endsÂ with the awarding of the funds. Â He hosts monthly web calls for mutual support, accountability, partnership, and ongoing learning together. He told the Episcopal News Services, â€œThese round-table videoconferences are bringing together a wise community of practice. Â This gathering of practitioners has so much to share with the church at large, as they learn to share their gifts in these emerging ministries.”

Next steps also include the work of the Standing Commission on Mission And Evangelism, which will collect the experiences of those receiving the funding and will share best practices and accomplishments. For more information contact Brackett at tbrackett@episcopalchurch.org

The Rev. James B. Cook at St. Marks in Palm Beach Garden poses a very pertinent question in the following video:

How do we live a resurrected life in the reality of this life?

‘Listen. Think. Pray.’ is a comprehensive video discussion series commenting on specific words and how they relate to the here and now. In this video on resurrection, Rev. Cook reminds us of the tragic ferry disaster in South Korea in April of this year. As the captain and crew jumped ship, the ferry sunk and more than 300 children aboard were killed or went missing.

We continue to live in this reality of life, where death is real and where we can’t always resuscitate our bodies. But god promises us resurrection, he promises us new bodies, new lives, new realities.

Think about what just happened in Ferguson. Is that our reality? What can we do to bring new life in the midst of death? 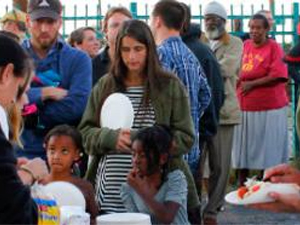 Church is being resurrected in new and innovative ways every day. Followers of Jesus are coming out of the woodwork and sharing their gifts in new and exciting ministries. One place in particular, Southside Abbey, is a place where resurrection is happening. They are a resurrection people, making all things new in a historic neighborhood in Chattanooga, TN. This is a neighborhood facing the fast-growing trend of gentrification and the many issues that it brings. Southside Abbey brings together a multitude of believers in an ancient and simple way: a meal. They meet on Friday nights to share a meal with one another in an art gallery that sells the works of the homeless. Â There, Communion happens throughout the course of dinner and discussion. At Southside Abbey, the congregation is one of Â proud diversity, a community where the wealthy, homeless, and disenfranchised can come together and be one. They celebrate the Kingdom of God in a beautiful way and each Friday, they work to bring that Kingdom a little closer to reality. The Rev. Bob Leopold articulates the shared dream of the community saying:

Â â€œI want people to know that they can do this too. They can do that dream,â€ he said. â€œI mean, if weâ€™re resurrection people, what are we afraid of?â€

Article:Â Putting Away the Silver 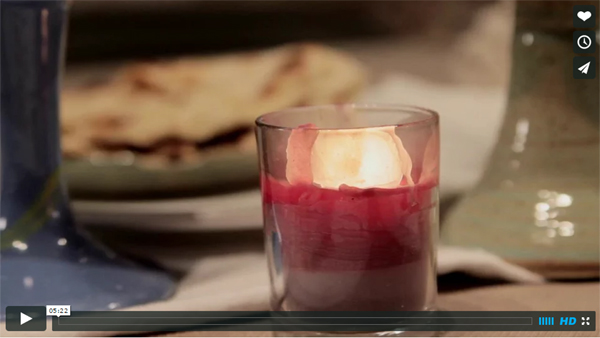 We all have parts of our lives that need to die in order to Â make room for new and meaningful growth. Mother Beth Tjoflat paints a wonderful picture of a time in which she experienced this. Â She had to let go of fear and embrace her vulnerability.

When I spoke my truth calmly, my weariness began to dissipate. Strength rose up in its place.

Currently, Mother Beth Tjoflat is brining new life to a community Â in Jacksonville, FL known as Church Without Walls. Â This transformative ministry in the Diocese of Florida meets for morning prayer on Wednesdays and Worship outside on Sundays.

Our mission:
To encounter and share Jesus by building community â€œwith the leastâ€ among us.

The Episcopal Church Center in San Diego has partnered up with Photocharity to minister to the homeless youth of San Diego.Â This type of outreach is about second chances. Marquise Foster, the first inductee into the extensive program explains,

â€œI was supposed to have been dead a long time ago,â€ Foster said Friday. â€œNow, I have an opportunity to be alive, instead of just survive.â€

Less extensive programs are offered at the Episcopal Church Center on Sundays at 4 p.m. where youth can find shelter and learn skills to help them become self-sufficient.